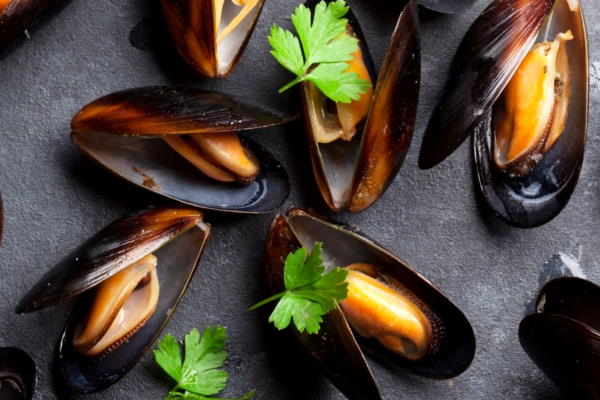 Mussel is the word commonly used for many families of bivalve mollusks, from different saltwater and freshwater habitats. There are approximately 17 species of mussels, which are edible. Freshwater mussels were commonly served for dinner in the USA during the Second World War, because there was a lack of access to red meat. But nowadays they are not considered palatable and are almost entirely pulled out from the menu of humans.

It is accustomed for mussels to be served along French fries in Belgium and in the Netherlands.  In Belgium they are sometimes served with fresh herbs and Belgian beer. In Italy and in Spain mussels are mostly steam cooked, and served with herbs and white wine.

Mussels can be steamed, boiled, smoked, roasted, barbecued or fried in butter or different vegetable oils. Mussels need to be checked before they are cooked, they need to be still alive, in order to avoid poisoning. The enzymes break down the meat pretty quickly and transform the mussels into unpalatable or even poisonous food. Mussels tend to shut slightly when disturbed or when in the air, so if mussels are open or unresponsive, they are dead and should be thrown out.

Mussels have calories, protein, carbs, fat and are high in sodium. They are a great source of selenium, vitamin B12, zinc and folate.

What Age Can Babies Eat Mussels?

Pediatricians recommend introducing mussels into a baby’s diet at the age of 12 months. Raw or lightly cooked mussels, clams, especially shellfish increase the risk of food poisoning, so it is safer to avoid these items.

Scrape off the beards and barnacles from the mussels. Check for the mussels to be alive by tapping them, if they do not close or open, throw them away.  Put the pasta on to boil and 6 minutes before the end of the pasta cooking time, add the broccoli. Meanwhile heat a saucepan and sauté the onion in the butter until they soften. Add the garlic and stir for a few seconds, then add the apple juice and then the mussels too. Put on a lid and heat over medium heat for 4 minutes. Take off the lid and throw away any mussels, which did not open. Keep the liquid in the pan. Take the mussel meat out of the shells. Add some cream to the liquid to make the sauce and heat through and add in the mussel meat. Switch off the heat as soon as it starts to bubble. Add in the chopped parsley. Put the pasta and broccoli into the sauce, stir and serve as soon as it has the right temperature for your baby.

Mussel is the word commonly used for many families of bivalve mollusks, from different saltwater and freshwater habitats. There are approximately 17 species of mussels, which are edible.

How healthy are mussels?

Mussels have calories, protein, carbs, fat and are high in sodium. They are a great source of selenium, vitamin B12, zinc and folate.

When can you start giving mussels to your baby?

Pediatricians recommend introducing mussels into a baby’s diet at the age of 12 months.

The risks of giving mussels to your baby?

Raw or lightly cooked mussels increase the risk of food poisoning. Babies can choke on mussels. 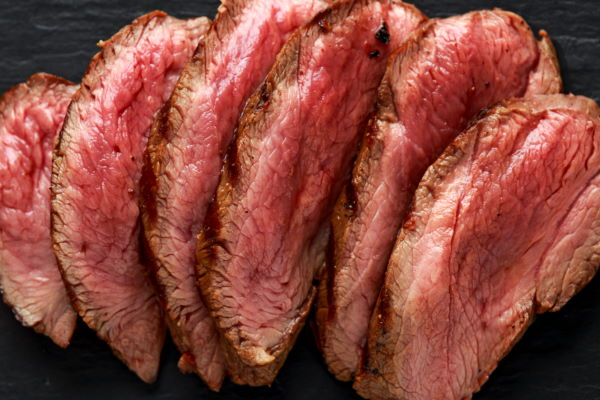 meatVenisonwas the meat originating from a...
Read More 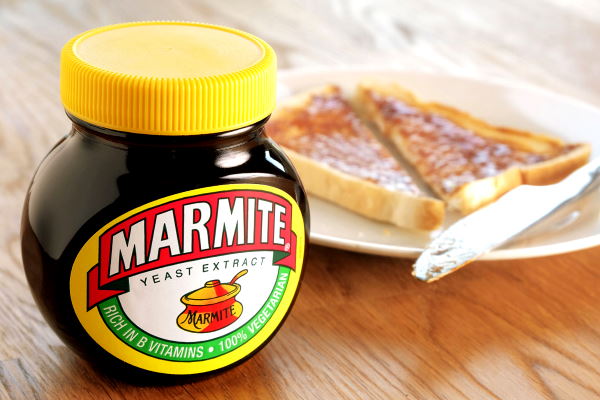 otherMarmite is salty, that is why parents should carefully...
Read More 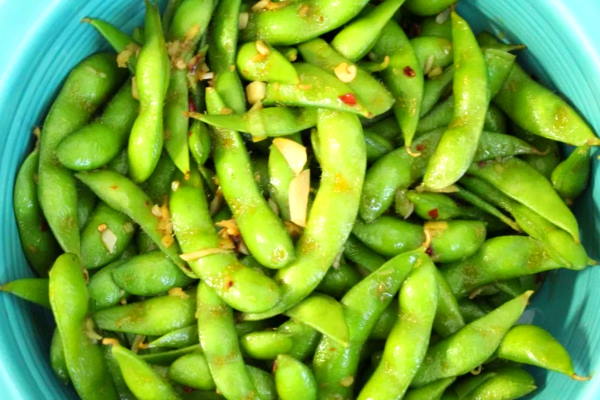 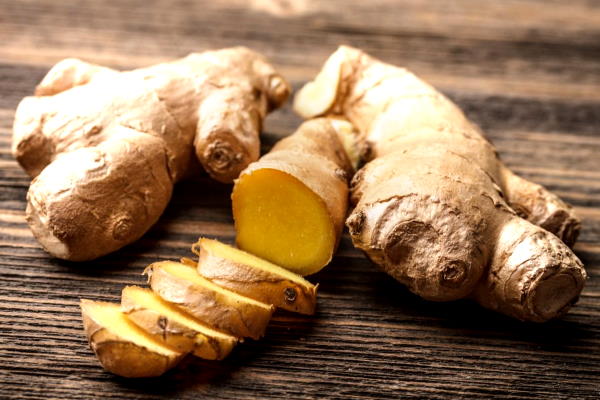 vegetableGingercan have side effects as well, if it is...
Read More
Have U Tried?Peanuts 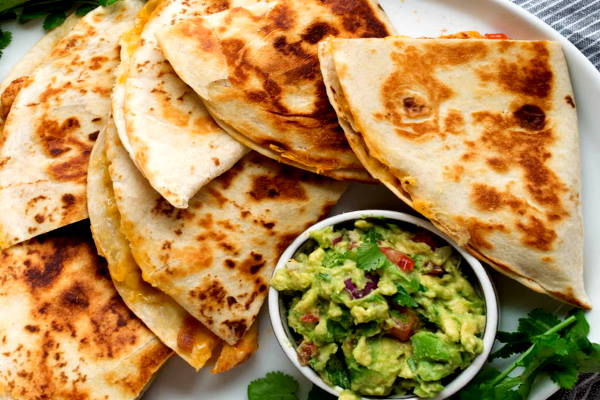 Quesadillasis a type of taco dish, made from ... 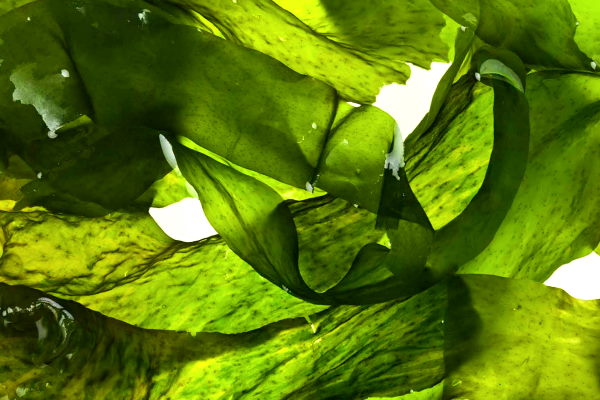 Seaweedor macroalgae is marine algae. Some... 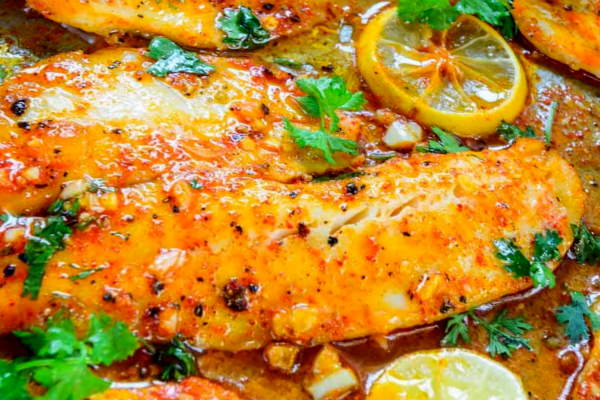 Tilapiais the common name used for many freshwater... 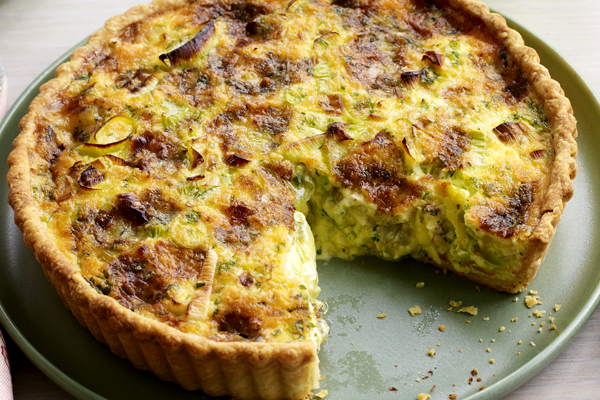 Quicheis a French tart containing a pastry crust...
Get Social
face tweet lin pin
Leave a Comment
Next Article
Have U Tried?Venison